The wealth gap in the United States is real, and growing. Wealth among the top 1 percent of Americans has exploded while for those 90 percent or below, real income has been stagnant or even declining. The graph below clearly shows the progression of the gap: 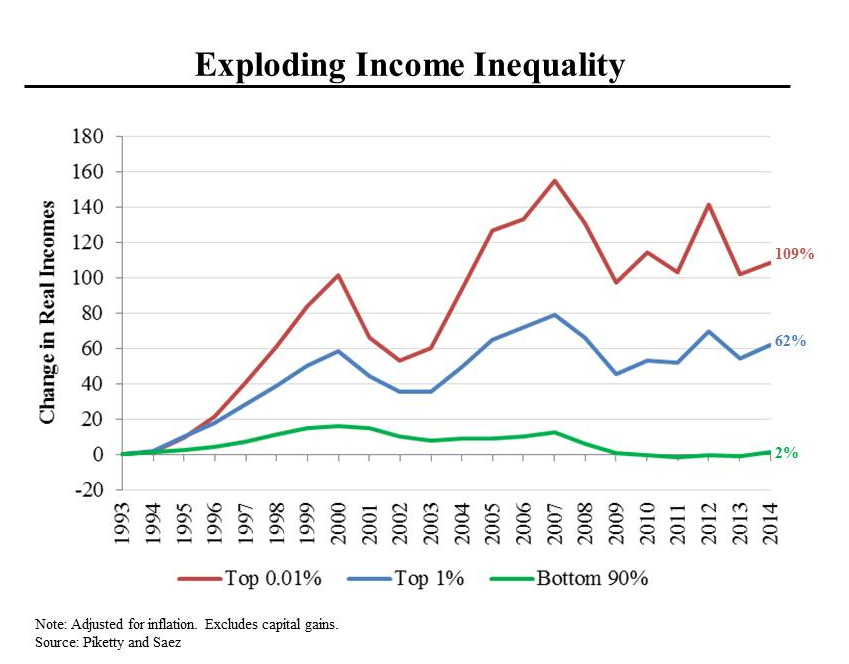 Of course, most families in District 27 don’t need a graph to know this. Working families feel the impact of the growing wealth gap every day, because they live it.

Many factors have contributed to income inequality, but its relationship to union membership is front and center: According to the Center for Economic and Policy Research and the Economic Policy Institute, the decline in unions over the last 40+ years gets 30 percent of the credit – or the blame – for the growing wealth gap. The interactive graph below:

shows the relationship between union coverage and the wealth gap, both nationally and by state, over a 30-year period starting in 1979. The concerted attack on unions, initiated under the Reagan administration in the early 1980s, led to the largest spike in the wealth gap that we’ve seen since the 1920s. It also illustrates that right-to-work states have a higher wealth gap than states with stronger union support.

This data, along with the historical role unions have played in leading social change (e.g., child labor laws, medical leave), is why I am a strong supporter of unions. The evidence is clear that working families benefit from a vibrant union environment. Illinois has so far resisted the push for right-to-work policies, which I will wholeheartedly continue to fight against in Springfield.